“We aren’t change averse, we are loss averse” 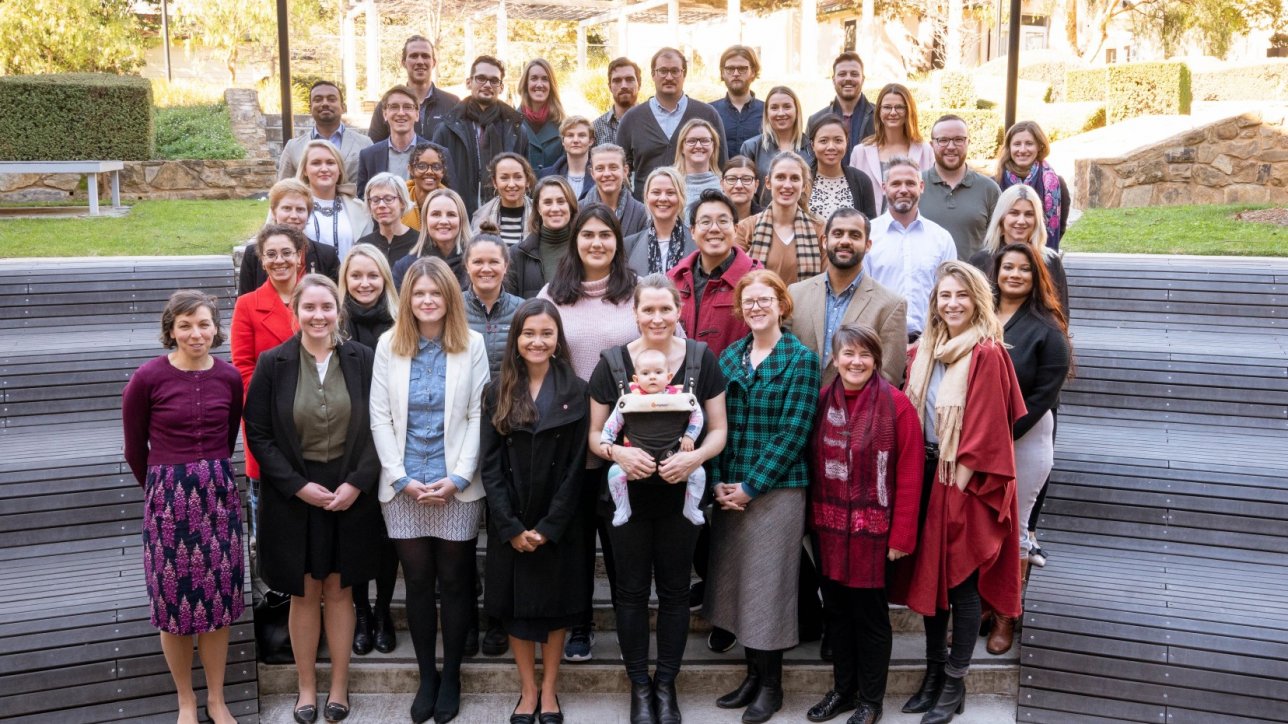 On Wednesday 26th July 2019, Ananth Gopal (Director of Polykala), gave a keynote address at the 2019 Future Shapers Forum at the Australian National University in Canberra. Future Shapers is an initiative of the Sir Roland Wilson Foundation, Australian National University and is supported by the ANU Crawford Leadership Forum that connects the next generation of Australia’s leaders from Government, business, research, advocacy, social enterprise and the media. This article is a summary of that address.

The word change shows up a lot, especially around an election. We need change, we fear change and we are changing all the time, all at once. We are also told that people are somehow inherently ‘change-averse’. That word ‘change’ sure is busy.  The multiple meanings of change were crystallised when I saw Bill Shorten on an ABC Q&A special before the election. He began by punching out the phrase, “We need real change. Australians want change!” Half an hour later his tone was more circumspect, almost baritone, “there are going to be some changes in the way we do things.” It seemed that Bill knew that the changes he and his party were proposing would be a mixture of gains and losses.

Change often means one of two things: loss and/or growth. Too often, we give all the airtime to the ‘growth’ and opportunity surrounding a change agenda. We’re then surprised by the resistance and push back from those affected by that change. Let me share a personal example to illustrate this at a micro-scale. The other week my partner rearranged the furniture in our living room. I arrived home to find my favourite green chair was out of place. Sure the room had better flow and, was now well configured to make the most of the sunlight. But the room looked unfamiliar. It didn’t look like how I remembered it, it felt foreign. I’d lost a tiny part of my domestic certainty and I was disproportionately annoyed.

People (all of us) aren’t change-averse, we are loss averse. Who wants to give up something hard-won, lucrative, precious, safe, familiar and tied to our self-image? Nobel Prize-winning behavioural psychologists Daniel Kahneman and Amos Tversky sketched out a behavioural model called prospect theory, which showed how people decide between alternatives involving risk and uncertainty. Kahneman and Tversky phrased it as, “losses loom larger than gains.” Ron Heifetz, one of the co-originators of Adaptive Leadership, put it this way, “Nobody is change-averse, people are loss averse, and often for good reason.”

Too often those of us driving change focus only on the ‘good news’ story and avoid authentic conversations around loss. Our experience working with industries/sectors in rural and regional Australia, like agriculture, emergency services and forestry, has shown us how loss aversion shows up. For timber towns, change is often perceived as a blow to long-standing livelihoods and cherished identities. The closure of coal-fired power stations, like Hazelwood in the La Trobe Valley, has been met with a deep yearning to go back in time. A slew of renewable investments and government jobs has done little to dispel the disquiet. The losses loom larger than the gains in many parts of Australia who feel lost in the midst of the tectonic changes the 21st-century demands.

We suggest ‘change agendas’ might be understood as a ratio of what is kept: lost: grown – a balance between preservation, pain and possibility. Working adaptively means first we must identify what aspects of change represent growth and which represent a loss to those affected. How big are the losses in relation to the gains? What will be retained and honoured? What’s retained, grown and lost aren’t always concrete or tangible. They are symbolic and represent identities, values and loyalties.

‘Change-makers’, be they activists, governments or businesses, need to contend with loss aversion more sincerely. Failing to recognise loss aversion may well cost ‘unlosable elections’, community goodwill, business opportunities, and even a benign climate. Marty Linsky, the other co-originator of Adaptive Leadership framed leadership as, “the art of letting people down gracefully.” This way of thinking about and practising leadership recognises the grief and loss inherent in every great and wonderful ‘change idea’.

We encourage people driving change to tune in to what people are being asked to let go of or give up as well as selling the promise of new and better ways. We’re beginning to see that people are more likely to consider change as growth when they feel satisfied that their losses have been acknowledged.

In adaptive contexts, where technical solutions won’t suffice and where values and loyalties are in question, this can make a difference. Even a small one. Taking loss aversion seriously means reassuring people about what remains unchanged, letting them down gracefully, while mobilising them towards energising possibilities.