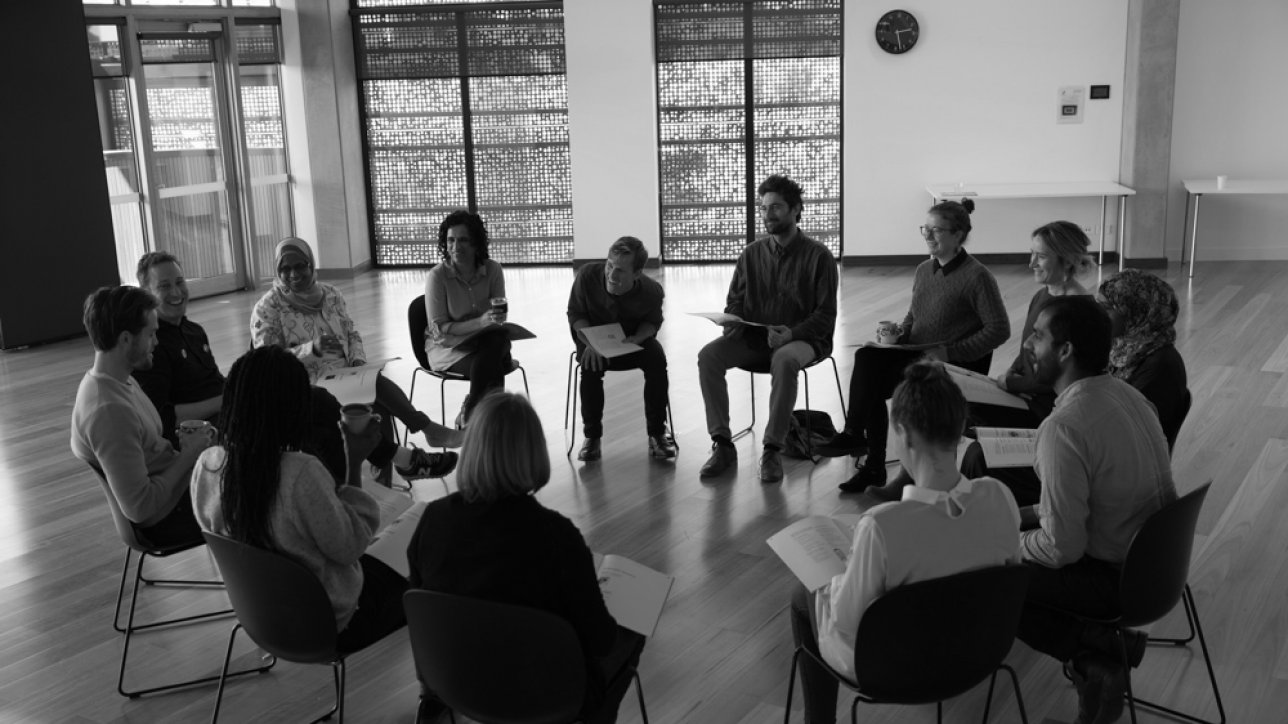 In October 2020, Dr Ananth Gopal (Director of Polykala), led a discussion among fellow Australian Adaptive Leadership practitioners at an Australian Adaptive Leadership Institute (AALI) seminar. This article reflects some questions and perspectives Ananth put together to propel the conversation. It represents some of the questions we at Polykala grapple with and a few working answers we’ve arrived at over the last 10 years working to promote social justice and inclusive workplaces.

Working at home on Zoom in 2020 removed the felt experience of sharing physical space with a richly variegated society. No commuter trains, bars, festivals or even walks with people from outside our household. It gave me time and space to reflect on the year’s oversupply of news and the tough questions (re)raised by the Black Lives Matter movement in particular:

Is it possible for people from groups that have enjoyed high-status to voluntarily give any of it up?; how should people from historically powerful groups contend with their unearned privilege: guilt, pride, rejection of the premise, or something in between?; Should quotas and other forms of structural affirmative action occur for one generation, forever, and if not, for how long?; are all under/over representations of groups evidence of structural bias, if not, then what?; should I encourage my newborn daughter to grow up to see herself as a girl/woman of colour, a person, or just Annika?

Let’s not treat diversity as only a technical problem

Recent social earthquakes in the US and their associated tremors across the world has led to a sharp uptick in corporate diversity training. Most diversity training, however, doesn’t work. Frank Dobbin and Alexandra Kalev (from Harvard and Tel Aviv Universities, respectively) have shown that mandatory diversity training in most professional contexts does not lead to greater representation of minority groups, does nothing to reduce implicit bias and often leads to white men feeling less positively disposed towards the diversity agenda and minorities themselves. Some might shrug at the findings and say, “it’s just white fragility, they’re just clinging to power”, but making people do training that paints their identity/group as the problem does little to alleviate it. It’s not great for minorities, either, as they are often asked to speak on behalf of ‘their group’ which adds to emotional fatigue and they are framed as passive satellites orbiting an Anglo sun. It might be iatrogenic — the cure can make the ailment worse.

We’ve run over 100 half-day diversity and inclusion sessions for clients including Oxfam Australia, the State government of Victoria and depot workers at local LGAs. We’re often the second attempt HR makes at diversity training; the first one often aggravates people by telling them what they can and can’t say and, in effect, telling them what to think. If behavioural/attitudinal shifts are the aim, then authority is very rarely the whole solution. Dobbin and Kalev found that inviting people in positions of authority to be part of the conversation as partners in a diagnostic taskforce does make a difference. Here, they can evaluate pipeline, recruitment and senior management data and see trends of systemic discrimination. Executives (still predominantly white men) stop saying things like, “I just hire who’s best” and instead say, “our rules around overtime really make it hard for parents, mums more often with kids, to stay on their career trajectory. We might be giving some of our best talent a short shrift.” They see that organisational cultural DNA demands that losses be absorbed asymmetrically and feel motivated to do something about the injustice and squandering of talent.

We run an activity where participants are asked to numerically score from 0-10 how ‘okay’ or ‘not ‘okay’ a set of scenarios are. We assure them we don’t know what the right answer is and leave it to participants to discuss their perspectives. What tends to show up is what the economist Timur Kuran calls ‘preference falsification’ where people alter their responses to fit in. We insist that we won’t name or shame anyone and we really don’t know whether it’s okay or not to ask a person from an Indian background, “where are you from?” in a staff induction session. When participants see that we aren’t hired ‘thought police’ they begin to reveal their true preferences (what Kuran calls ‘private truths’). This allows their peers to share their true perspectives which, more often than not, challenges their reading of the scenarios and alters attitudes. They change their minds and become more inclusive.

In some contexts diversity has come to mean “think the right things, in the right way and always say the right thing.” There’s an industry devoted to making money (or making a difference) from diversity workshops that entrench oppositional identities and engage in group-based emotional litigation. It assumes that the problem and solution are clear and learning isn’t emergent or distributed — it is for moral authorities to know and participants to swallow. This doesn’t bode well for accepting demographic differences and animates an already menacing far-right.

I’m not persuaded by critical race theory as argued for by Robin Di Angelo, (2018) or Ibram Kendi (2019). I don’t believe that social cohesion will be achieved by reinforcing in-group/out-group affiliations or essentialised racial or demographic categories. The most convincing studies from social psychology and sociology have shown that inter-group contact, where power hierarchies are flattened (such as through community or national service) produces genuine rapport and affection between demographic groups (Allport, 1954, Christ & Kauff, 2019). It’s not only possible but advisable to make friends, work with, and start relationships with people from outside your ethnic group. I hope we don’t import spurious ideas from a few North American progressives who claim the opposite.

Treating diversity as an adaptive challenge will include technical solutions such as applying anti-discrimination laws, scrutinising the culture of a sporting club and invoking call-out culture when needed — stigma can be a powerful force for change. Treating diversity as an adaptive challenge and making real progress will require robust learning environments where people are free to speak their minds. Their ideas can be challenged, reinforced or rejected in a healthy marketplace of ideas. I’ve come to see that conversation, debate, persuasion and reflection are the best tools for learning about one’s own unearned status without succumbing to ineffectual rituals of guilt or grievance. People are capable of enormous empathy and understanding, if they are part of a strong holding environment. The holding environment needs to enable sharing who they are and appreciating others for who they are and want to be. Here, people can challenge assumptions and unstick stereotypes.

Adaptive leadership practitioners can play a role in holding groups to multiple interpretations: How much of Australia’s lack of diversity in the media, for example, is due to racism and how much is due to the children of migrants disproportionately seeking to join lucrative careers in medicine, finance or law? The first question sees minorities as low in agency while the second depicts us as choosing our fates. Having an equal capacity for choice (and culpability) without losing sight of the fact that this choice is unequally distributed is a fine balance. That’s the heart of the adaptive challenge.

I don’t believe that Western liberal democracies are inherently oppressive places or that public institutions need wholescale dismantling. Heifetz’s refrain that some of the best changes are conservative and not ‘changes at all’ is, in my mind, a vote for classical liberalism. Here, social progress is incremental and takes place via careful examination, critique and reform of structures. Places like Australia, while founded on colonial theft and violence, are in fact, the best attempts by humans to forge pluralistic, multicultural societies that are imperfectly diverse. An inclusive Australian identity will take concerted adaptation at all levels: to appreciate difference, acknowledge historical and current injustice without essentialized factional identities.

I’d like our community, and Australia more broadly, to see my daughter as a child – a child full of possibilities, aspirations and trajectories. I want her to grow up with an appreciation of her ethnicity, gender and many identities without confusing them for who she is as a human. I want this for all people. It’s a balance of celebrating difference without obsessing over it. Treating diversity as an adaptive challenge calls for moral leadership not moral panic.