What is Adaptive Leadership? 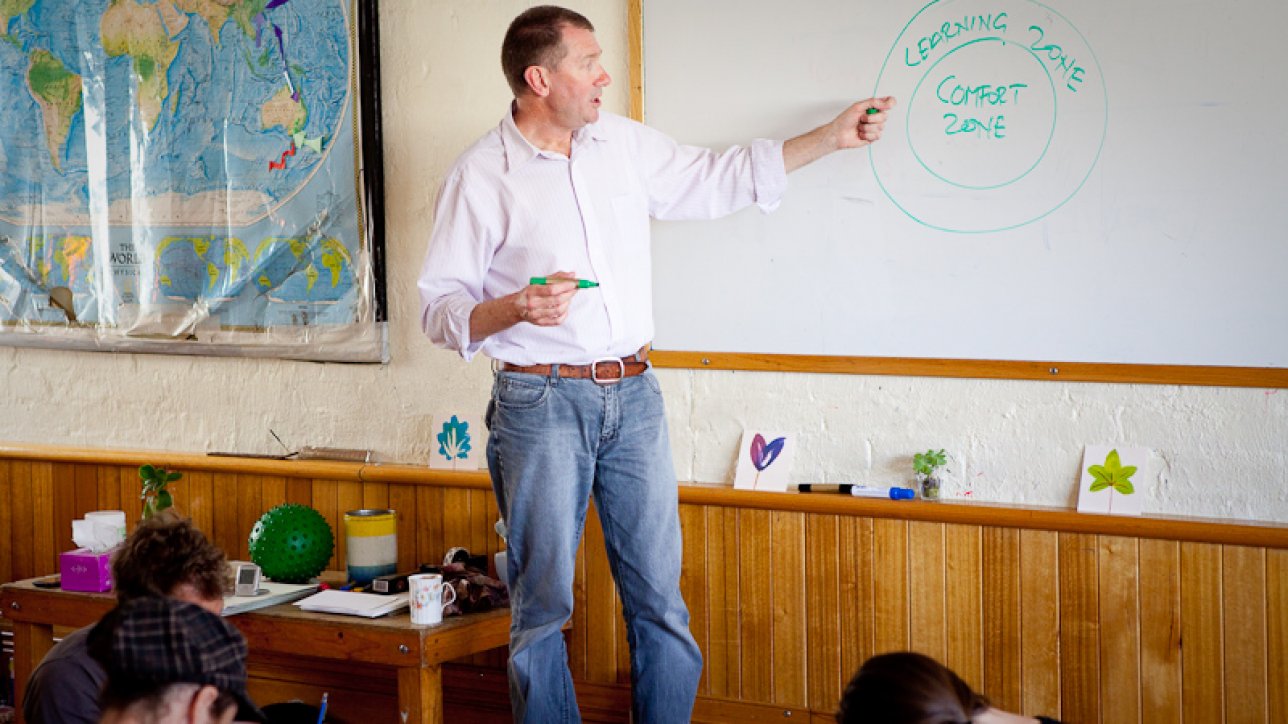 …Leadership is a skill to be learned, honed and applied where you want to make a difference.

Adaptive Leadership is a framework that views leadership as a practice, rather than a position.  It draws on a core idea from evolutionary biology: that individuals, species, and organisations have to conserve what’s working for them, let go of what’s holding them back and grow new behaviours and traits that enable them to thrive in new conditions. This approach may assist individuals and organisations adapt and thrive in fast-changing environments and make meaningful progress on intimidating and tough challenges. Adaptation in a biological sense can often be reactive, that’s why the leadership component is vital; it adds agency and purpose.

The Adaptive Leadership framework understands that adaptation, especially the letting go aspect, can be very difficult for people involved. Unlike many approaches to leadership, it actively seeks to empathise with the fact that change is often painful. Developing a realistic relationship with change and loss is a core insight of the adaptive leadership approach. Ron Heifetz and Marty Linsky developed A.L at Harvard’s School of Government to help practitioners understand their terrain, the nature of the challenge, appreciate predictable reactions and generate collective responses that make a difference to the status quo.

This understanding of leadership doesn’t say that the practice of leadership has to look or sound a certain way. Quite the contrary. You don’t need to be the CEO, have a loud voice, or have people think of you as ‘charismatic’. We do not believe that leadership is something you are born with. For us, leadership is a skill to be learned, honed and applied where you want to make a difference. It’s a set of social skills and awarenesses that allow humans to work together and tackle tough challenges and thrive.

We draw on five critical components from the Adaptive Leadership body of work:

Authority represents the formal or informal power in a system, entrusted by one part to another in exchange for a service[i]. Titles and positions like manager, professor, CEO, etc. are usually the quickest way to identify formal authorities. Authority provides three essential services: (1) protection; (2) order; and (3) direction. While authority is at the core of both Technical and Adaptive work, it is primarily concerned with solving technical problems. Leadership, on the other hand, is about mobilising groups of people to tackle adaptive challenges. Leadership in this framework is a verb, something that we do rather than something we have. Leadership disrupts and challenges the status quo to make progress toward a purpose. Authority tends to resist change and stabilise systems, even if the change is needed to survive and thrive. Leadership can be practised with or without formal authority but always needs some influence.

People most commonly confuse authority for leadership and make complaints like, ‘leadership isn’t showing any leadership’. We seem to have an intuitive understanding of leadership as ‘something that blazes the trail’, does something different, or shows ‘moral courage’. Our language, unfortunately, gets sloppy with the word ‘leadership.’ This is why we want to deliver some clarity on the term and the idea. When we separate leadership from authority we can be precise about what we mean by the term ‘leadership’ and what it does: ‘actions that mobilise people to tackle tough challenges, together, and thrive.’

The Adaptive Leadership framework prioritises accurately diagnosing the type of challenge at hand[ii]. Issues are often comprised of Technical and Adaptive facets but to distinguish them we’ll refer to them as ‘Adaptive problems’ and ‘Technical problems’ knowing that they are most often a blend. Most day-to-day problems tend to be primarily comprised of Technical issues – we can say what the problem is and point to existing expertise that can solve it. Healing a broken leg or coordinating air traffic systems require sophisticated know-how, but they are still Technical. Experts, hierarchies and subject-area authorities can be called on to implement pre-existing solutions and will reliably fix the bone or orchestrate the air traffic flow and restore equilibrium. Technical errors can be corrected by known solutions which make the system or person return to ‘normal’.

In Adaptive challenges, the problem itself is hard to pin down, and therefore the solutions cannot be drawn on from existing knowledge or expertise. These problems are sometimes called ‘wicked’ or VUCA (volatile, uncertain, complex and adaptive); they resist easy definitions and solutions and may even deteriorate when Technical solutions are applied.

E.g. In a transport context, building more roads is often suggested as a Technical response to congested cities. Once made by the experts, these roads quickly attract more drivers which then clogs them up and, we’re back to square one: a Technical solution that doesn’t make a difference and ends up causing other problems (car dependency, pollution etc.) without solving the first one: congestion.

Adaptive behaviour is different to Technical behaviour. When Technical solutions don’t bring genuine relief or make it worse, it is an indicator that there might be an Adaptive facet at play. Adaptive problems ask us to observe, interpret, intervene and reflect more rigorously. This will likely require an examination of core beliefs, assumptions and values. Adaptive challenges are characterised by being social (where people hold a diversity of beliefs, assumptions and values) dynamic (the problem shows up in different ways across time and space), generative (the problem triggers other issues) and remote (it’s hard to track down immediate cause and impact). Adaptive challenges require the whole system to develop new ways of staying relevant.

Healthy organisations, industries, families and individuals combine the best aspects of authority, leadership, Adaptive and Technical behaviours. Most systems and individuals tend to favour Technical, authority responses. This is fine so long as the operating environment is mostly stable, predictable and known. When the context isn’t stable and/or when there are disruptive opportunities we suggest practising leadership that is Adaptive.

Work avoidance is the conscious or unconscious misdirection of attention away from the adaptive challenge at hand toward something else. This ‘something else’ usually shows up as a) denial ‘it ain’t broke…’ b) scapegoating ‘if it weren’t for them…’ c) authority reliance ‘the bosses will take care of it’ (it’s their fault) and (d) this is most common- misapplication of technical solution (‘Let’s restructure’.) Often, people in the organisation who demonstrate leadership (rather than posses authority) are targeted by attacks and rewards (a promotion) to direct them away from the important adaptive work they are doing (asking tough questions, calling into question established norms, or offering a new way of doing something). Work avoidance doesn’t mean energy isn’t being expended, quite the contrary; ‘busyness’ is a sign that the wheels are spinning but no progress is being made. This is precisely when leadership (that mobilises people to address the adaptive issue at hand) needs to be enacted. Work avoidance is a reliable indicator of a deficit of leadership.

All people, groups, systems and organisation have a certain way they operate. For people, this is often referred to as personality and default behaviour for organisations its often termed ‘culture’. Culture and personality have certain default tendencies and patterns. A stringed instrument provides a neat analogy: our personality or organisational culture is ‘strung’ or ‘tuned’ particular ways to stimuli, e.g. the way someone talks, the topic of sexuality, or, how one tends to relate to authority figures. These strings vibrate continuously, communicating to those around aspects of our identity, values, aspirations, and how we might be swayed. When something happens in your environment, you vibrate more or less strongly depending on whether the stimuli conjures a powerful memory or hope. It can be hard to pay attention to one’s strings because we are being strummed all the time.

This is why directing attention to thoughts, feelings, values and passions can raise the level of awareness. Knowing how the environment is plucking your strings and playing you is critical to making responsive rather than reactive moves. Knowing your tuning increases your agency which in turn enables you to act with greater alertness and stay true to your core purpose.

How can this be applied?

At Polykala we find that participants and clients can apply these ideas in some settings: